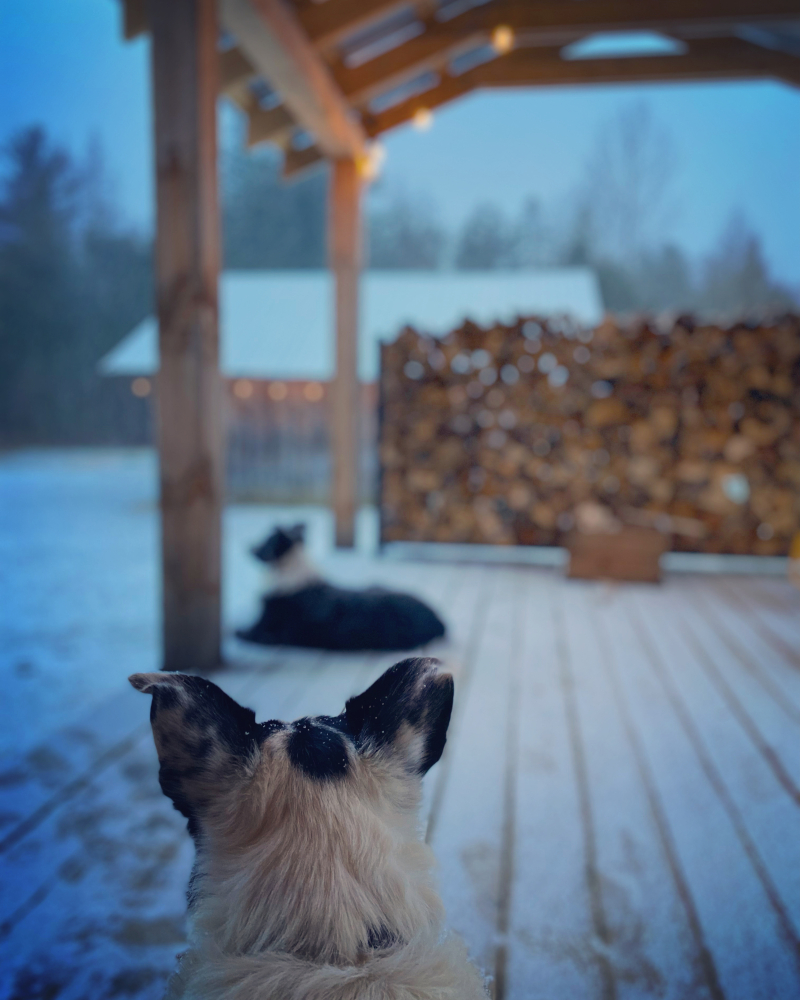 Settled into the darkest days, I find myself wishing for the ability to make them last longer. Isn’t that the way, always wanting more. Who am I to bend the sun’s will to my whims? And what would I ask for? Another week, a month? How much time would satisfy my desire for unrivaled contemplation and peace that only the days leading up to solstice can bring.

The slow arrival of snow this year has bought us time. We had a fair amount, then rain washed it away. So we've been running new fence to remind Mason that we live here, not in the dirt road that has revealed itself to him since the leaves fell from the trees. Taking down old fence that ran meatbirds over summer. Firewood, still. Had we known we would have this kind of time we would have planned for more to work on, but as it is, we’re neck deep in redoing our kitchen so there is no shortage of work that needs doing. It’s just hard to justify spending time on indoor projects with so little snow on the ground.

Much has changed for many of us over the last three years, and I am no exception. For me those changes have been difficult to find language for, but they manifest in ways such as waking at two or three in the morning with the immediate remembrance of the 1,000 things broken and burning in the world and my inability to fix them. Attempting to find sleep again is usually fruitless, so I get up and begin my day. Sometimes I’ll attempt to write my way through those early mornings; too often the muscle that once allowed my pen to flow with ease feels fractured, guarded, weary of being cancelled. Other times it flows with the abundance of a mountain stream in springtime. Those are the times I can think of 1,001 things that are perfectly right in this broken and burning yet still shockingly beautiful world.

Sunday afternoon brought with it the prettiest soft snow. It wasn't much, but with the ground nearly frozen now, it stuck beautifully, brightening landscape and spirits alike. I believe we'll see more snow this weekend, and with that, it feels like we're on our way. Winter is here, welcomed and adored. Beloved season of rest and renewal.